A downloadable game for Windows

For Ludum Dare 45 "Start With Nothing."  I was inspired to combine a roguelite dungeon crawler with the battle royale genre.  No this isn't yet another multiplayer only, battle royale.  BUT!..

Play as a dwarf that wakes up in a dungeon with absolutely nothing, and race to gather loot as flames fast approach...and then battle it out with a giant boss at the end.

Please let me know what you think.  I have a lot of ideas to expand on this idea if people like the concept. Made in two days.

Controls:
Left Click:  Fire weapon
Space:  Dodge Roll (temporary invulnerability, only if you've equipped a cloak)
E:  Action (open containers, pickup loot)
I (that's no L):  Open/Close Inventory (you can click and drag the inventory menu around using the top bar).  You can not move or shoot with your inventory open.
Esc: Quit
F5: Restart

1. I ran out of time for sound...so there are some super quiet, basic (probably annoying) sounds.  The dragon sounds are a bit louder so don't turn up your volume.Mea culpa.

2. Burning ground tiles creep up the  bottom most wall at the start of the game

3. Occasionally loot will appear under walls

4. You can open loot containers through walls if within range

5. The dodge roll works, but it's unforgiving and there are no invulnerability frames at the end as you transition back to regular control

6. Potions do not work.  I have not yet implemented a system for drinking potions from your inventory (you probably won't need them anyway)

7.  The cursor is always visible.  This will be removed in the future when I have better aiming and menu systems in place.

8. The UI may be off-center in ultra wide displays.  I was unable to test ultrawide support prior to release.

Equipment: The following are the only items that currently offer any functionality. Some other items may drop (like potions but they do nothing).

Yeah, good concept! But I still think this would be much better with multiplayer, since it's a bit boring to fight big bosses alone..

I definitely agree.  I think it goes without saying that a game made in 2 days isn't going to be as exciting as a fully featured project with all the content, and bells and whistles in place. 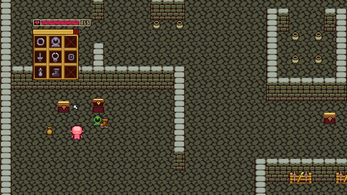 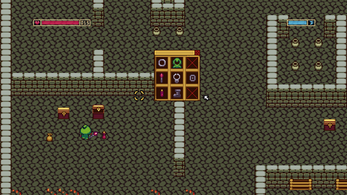 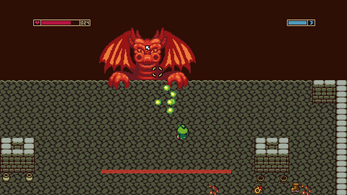 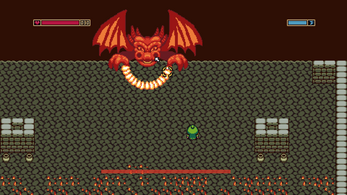